This page includes a number of  articles from our various contributors.  They would love to hear your views!

If you have an article you would like to publish here, please let us know using the Contact Us form. 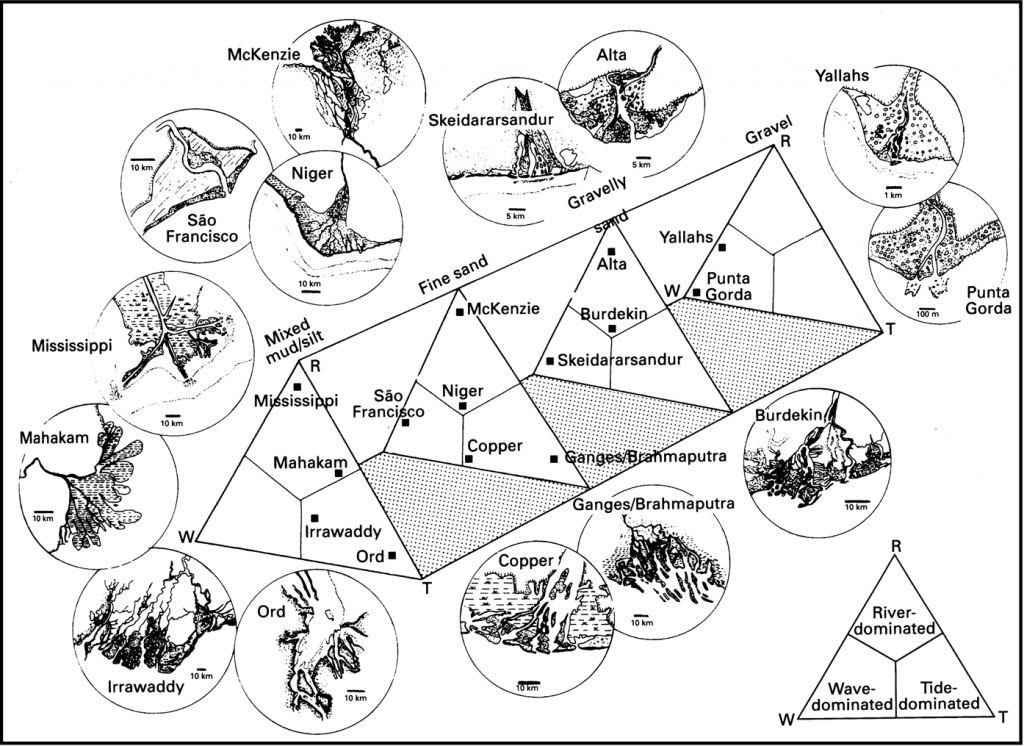 Deltas of the World

To understand a phenomena we need a mind model. If we are interested in deltas, this is a great mind model that you have probably already studied. It describes the range of possible deltas in terms of two main variables: Grain Size: Is the delta gravelly, sandy, silty of muddy? That depends on the river supplying the sediment: Short steep rivers from small catchments are dominated by gravels; long slow, low energy rivers from big catchments are dominated by mud. Processes: Has the delta formed on a coastline dominated by waves or by tides that could redistribute the sediments and ... Read More 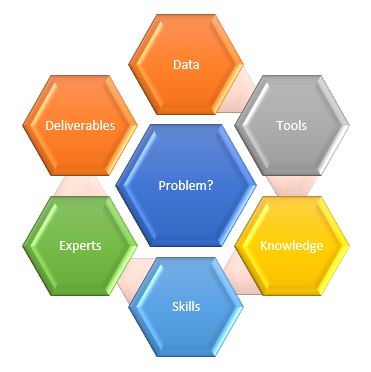 Communities of Practice – Learning to Learn

How do you learn and who do you learn from? Perhaps you need a Community of Practice to accelerate your learning, but how do we get one going? I think we should start in the classroom. For more than a decade now I have been delivering courses to industry on subjects as diverse as Basin Analysis and Petrography, from Plates to Pores, and everything in between. In order to teach these courses I have had to do a great deal of research and preparation, during which I have learned a huge amount. This got me to thinking how do I ... Read More

Oil Industry Life Cycle- What, Why, How, Who and When?

Throughout my early career I struggled to understand where I fitted within the complex exploration and production industry. There were just so many specialist disciplines contributing to so many processes. It was bewildering. Years later I realised that the work I did in those early years as a service provider included a lot of elements that the end-user probably didn't need, and I also didn't provide information that would have been really useful to the end-user. I needed a "Big Picture". Starting Page for the interactive Oil Industry Life-Cycle model. Each of the "+" signs is a link to a ... Read More 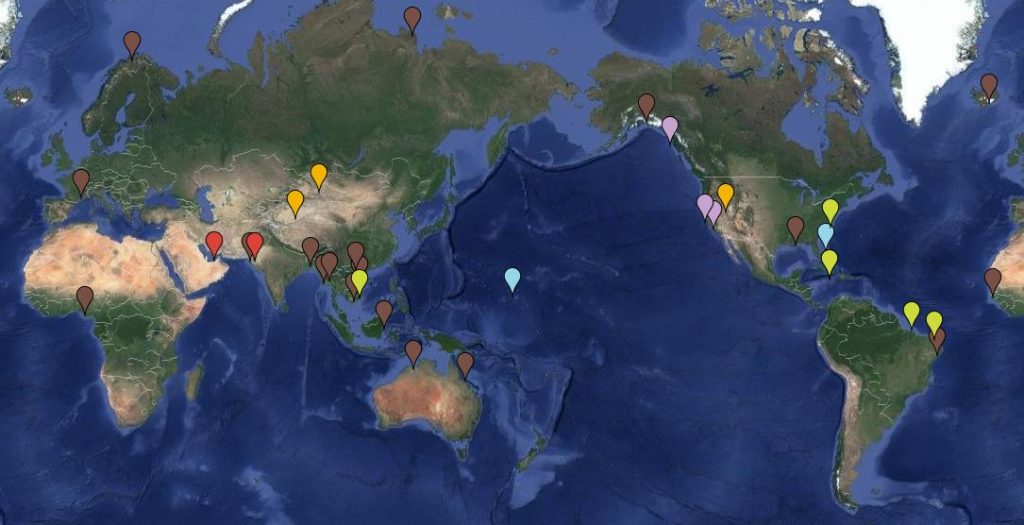 I have had great fun and learned so much sedimentology over the past few years simply by exploring Google Earth and asking "What is that?" and "What caused that?". I then discovered that I could create a Google Map and save up all these locations I have discovered, and then share it. This is a great way to broaden your sedimentological horizons, test your sedimentological interpretation skills and validate your interpretations by sharing with others. You can use mymaps.google.com to create your own analogues database and share it with your colleagues. I also like to imagine what each locality would ... Read More 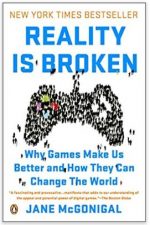 Greg Samways: March 2017 I have been dreaming of creating geoscience games for many years now, ever since I read "Reality is Broken" by Jane McGonigal. Here conclusion from studying World of Warcraft players was that they we hooked on the "game" because it was very well designed: clear objectives, clear paths to learn the skills to solve the problems and rewards for collaboration and success. If only the real world was like that! Creation of geoscience games is now becoming more attainable and affordable for non-coders. Platforms such as "Game-Guru" use drag-and-drop technologies to create gaming environments that could ... Read More 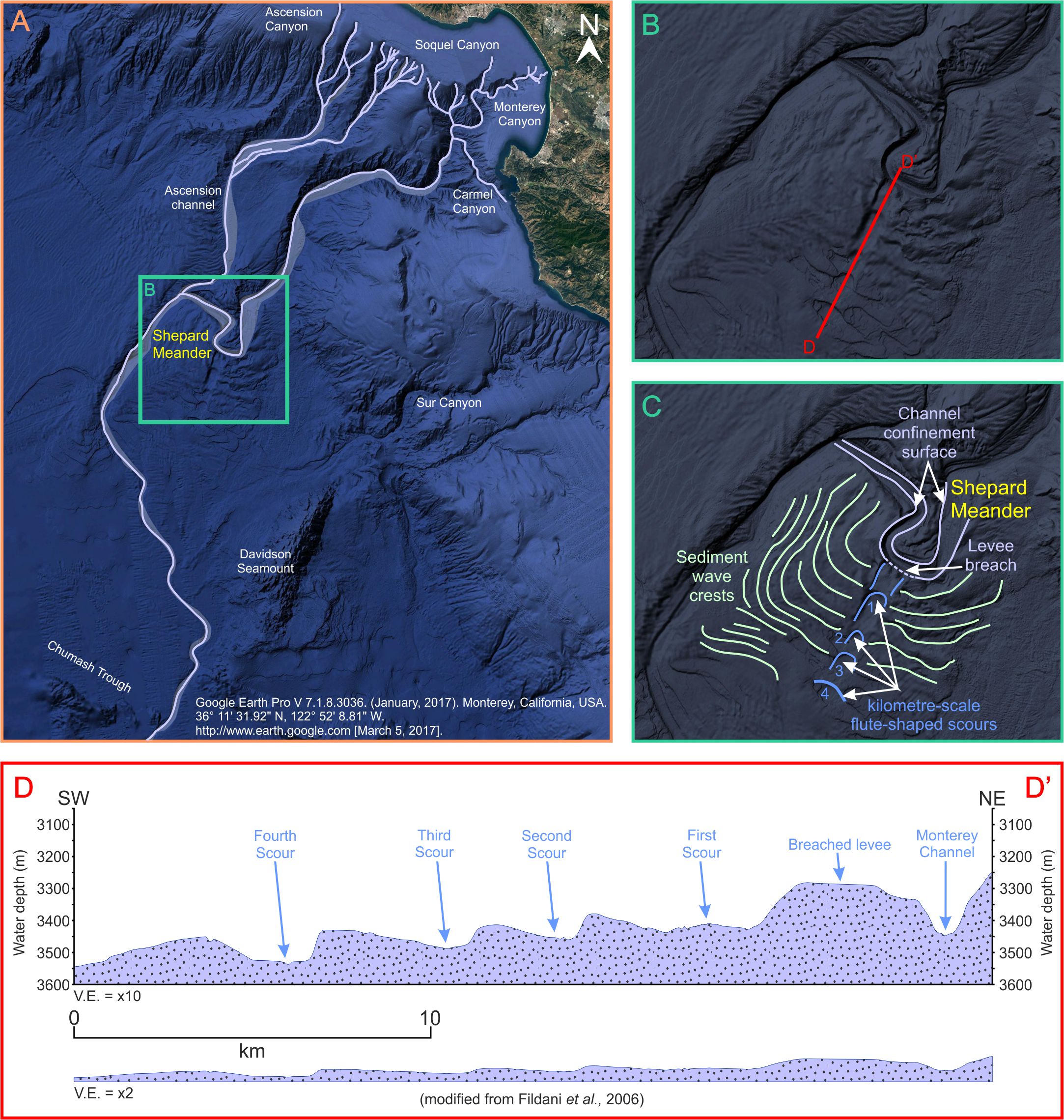 The modern Monterey Fan is one of the largest turbidite systems located off the west coast of the United States and you can see it on Google Earth! It is a sand-rich system that has a radial shape (McHugh and Ryan, 2000) and is composed of ~600m (1969ft) of sediment that was deposited in less than 1 million years (Fildani and Normark, 2003).  It is fed by a series of coalescing canyon systems that include the Monterey, Soquel, Carmel, and Ascension Canyons; the Monterey Canyon heads ~30m (98ft) from the shoreline, it is joined by ... Read More 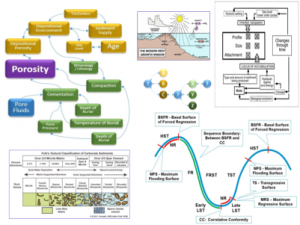 By Greg Samways; January 10th, 2017 The key to studying, understanding and learning is not just being able to find the information, but being able to organise it in your mind so that it is retrievable when you next need it.  It is not sufficient to simply listen and "understand" what is being said or shown to you.  You have to actively process the information, organise it into logical patterns and locations in your brain, so you know where to find it when you need it.  Sherlock Holmes calls this his "Mind Palace", which he is constantly working on to ... Read More 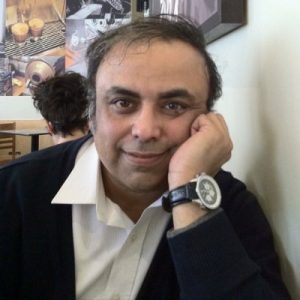 It is so simple to be difficult, yet so difficult to be simple

Let me begin my blog quoting a well known Indian poet, Late Harindranath Chattopadhyay on simplicity… This is possibly one of the most philosophically challenging idea ever simplified by a poet... Understanding and explaining any complex problem using simple explanations is notoriously challenging. The reason for this post is to challenge (not the inclusion of recent complexities and development of the modelling algorithms) the notion that more complicated you make a geological model the better it gets. Having spent quite some time building and reviewing 10s of geological ... Read More

Any intelligent fool can make things bigger, more complex, and more violent. It takes a touch of genius — and a lot of courage to move in the opposite direction

By Sumon Bhattacharyya This article was first published on LinkedIn, July 4th, 2016 To follow the tradition, let me begin this article by quoting Ernst Friedrich "Fritz" Schumacher who was an internationally influential economic thinker, statistician and economist in Britain, serving as Chief Economic Advisor to the UK National Coal Board for two decades, who has captured the concept of simplicity in a few brilliant words. Though an “intelligent fool” is bit of an oxymoron but it tells you a lot about human behaviour ... Read More

Net-to-Gross: The most important yet misunderstood and ignored parameter in geological models!!!

This article was first published on LinkedIn, January 6th, 2017

Happy New Year!!!! Let me begin by apologizing for the hiatus in writing about my understanding of geological models. So eventually after ignoring my survival instincts, I finally managed to put my act together and write something on a topic which all of us have gracefully parked aside and have not even bothered to question. Like many other things in the Geological Modelling world this is taken for granted and has fallen into the great chasm of the automated world that does not value experience (sorry for ... Read More
Tell your friends!